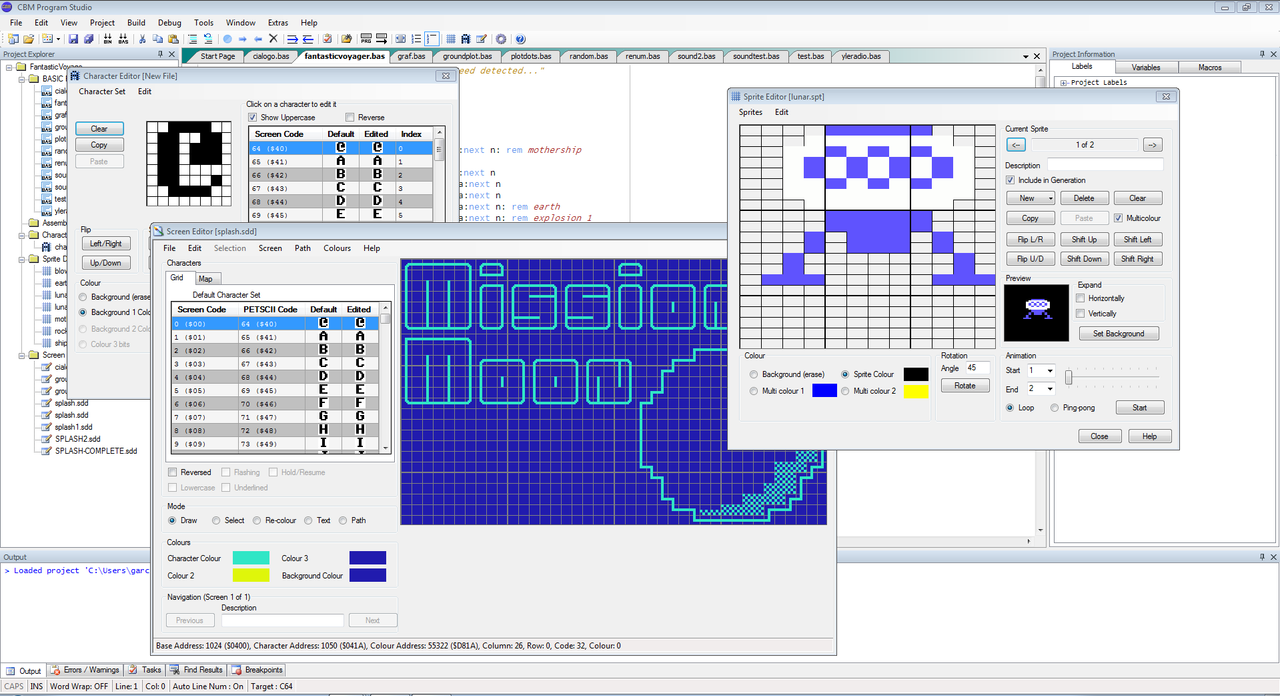 What Is It?
CBM prg Studio is a Windows IDE which allows you to type a BASIC or machine code program and convert it to a '.prg' file, which you can then run in an emulator or on real hardware. It also includes character, sprite and screen editors and a fully featured 6510/65816 debugger.
The following machines can be developed for:
What CBM prg Studio isn't is a front-end for tok64, cbmcnvrt, bastext or any other tokeniser/detokeniser/assembler. It's all been written completely from scratch.


New features in v3.10.0:
Bugs Fixed:
See the help for a complete list of new features and fixed bugs.

Note In this version, each target machine can have its own default project directory. If you are upgrading from a previous version (before version 2.5.1) of CBM prg Studio you may be asked to set up your project directories again. Your current projects will not be affected.
Click to expand...