After ~15 years of silence since latest 5.82 release from original developers, we proud to release an updated, fixed, ported and whatever else version of dopus5 to whole amiga community.

NOTE: WHEN INSTALL, DO NOT MESS IT WITH PREVIOUS INSTALLS !! FRESH LOCATION WITH NO ADDITIONAL 3D PARTY FILES ARE MUST !! 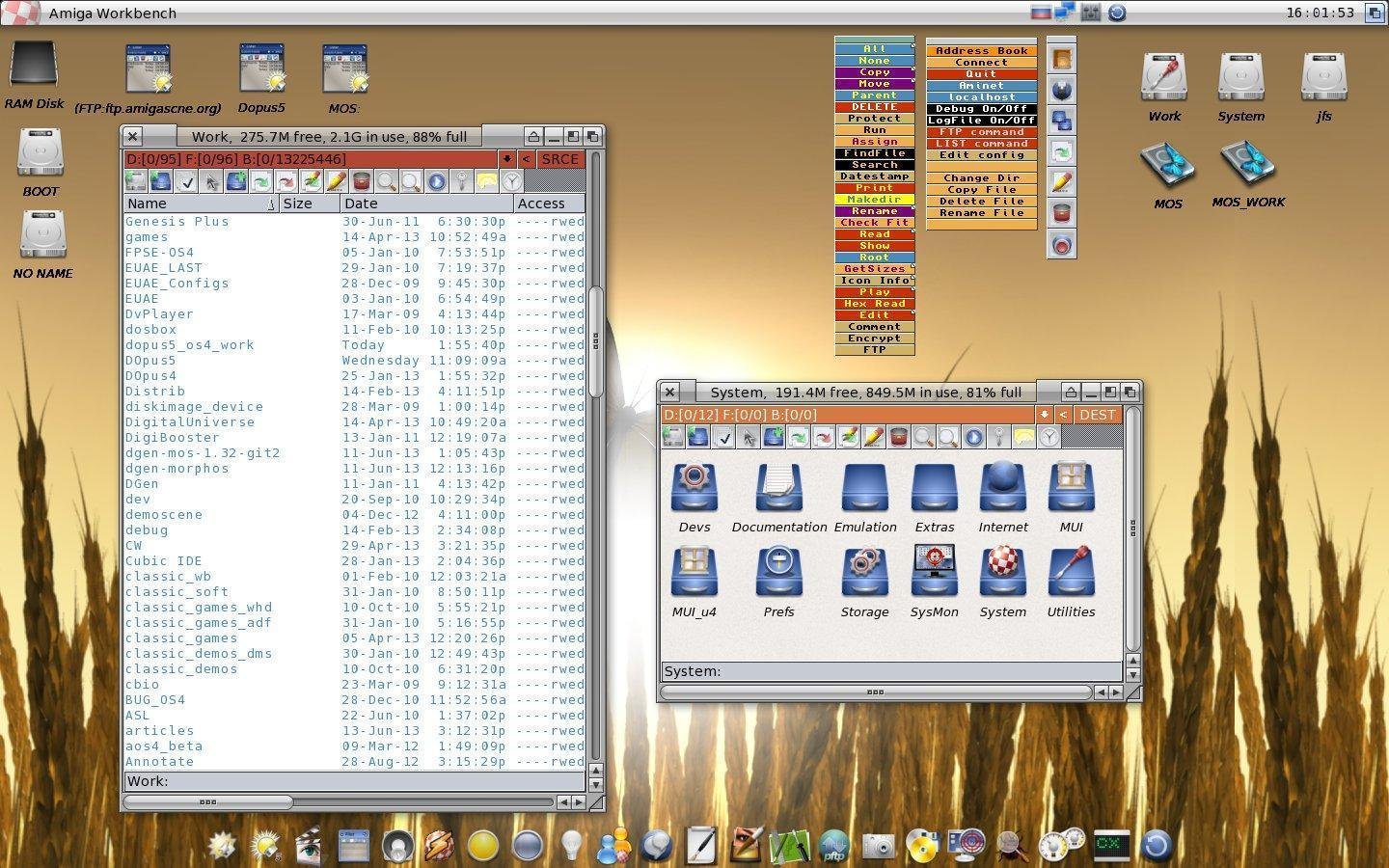 The only sad moment is that we do not release morphos version, which you still can get from nightly builds with no problems at http://dopus5.org, as we currently didn't have any motivated morphos developer who want to fix few remaining bugs in morphos version. Once there will be anyone (or Ikka will back) from morphos camp who want to spend some time on it, i assume official 5.9 release for morphos can be done in few days. Every parts of code where changes need it are ifdefed properly, morphos build works in general, we add even there all possible fixes which done for others builds, just need to fix some mos-only bugs.

So, now to the Requirements:

If you on real-original amiga with something like 020 and without graphics card (pure ESC/AGA or so), then you better to use old original toolbar images set if you want to avoid startup delay because of new 256 color toolbar images comes with release archive.

As said, startup delay can happens on low-end real amigas, because of new default images, which is need to be remaped to the 256 color screen. And or you reduce screen's color, or as said above just use original toolbar set if you want to have the same boot speed as original dopus5.

Users with real amigas with gfx cards, or users with emulators have no needs to worry about.

AmigaOS4 version: Any version of amigaos4 may works fine. Just with latest one less problems can be, and most of the tests done on os4.1 update 6.

So. What you can expect, and what actually done ? There is important high-lights (probably not all, but for all detailed changes refer to changelog in archive release):

-- Everything ported to GCC and code are cross-platform. That include a lot, you may want to check that post for details (as well as changelog included in archives). And yes, porting to GCC do not make it any slower: dopus5.9 are the same fast as previous SASC's based original.
-- Nightly builds at http://dopus5.org, so new version every night for brave ones.
-- Widely tested AOS3, AOS4 and AROS versions.
-- Better default environments: you just unpack it, run and use. No need to dig in into details at first run.
-- Fixes of the original 5.82 bugs (there was a bunch, see changelog).
-- Documentation now in PDF (based on original PageStream files).
-- No more registration need it (of course).
-- Bunch of new features added, such as:
1). 64bit disk/dos support for aos4 and morphos, 64bit disk support for os3.
2). Native icons support for os4 and aros.
3). Reworked title-bar info handling for os4, morphos and aros , so no more ugly look.
4). No needs for additional "parent" module to fix original limitations (all oses)
5). Added system's window gadgets in listers: no more custom ones, or hacks for (os4, aros and mos)
6). Proper removal of patches on exit as well as freeing of all resources taken by dopus5 on running.
7). New environment variable for those who not like patching - env:dopus/NoSysPatch. But be aware, if you disable patches, some things not works. (all oses)

-- configopus.module: native icons, better scrollbar gadgets, few new options (such as WB Emulation/Show Workbench Leftout icons)
-- diskcopy.module: 64bit support.
-- diskinfo.module: 64bit support, clever use of code between os3 and other oses (to keep it fast), recognize of more FS (all new and popular ones)
-- filetype.module: fixes of original bugs
-- format.module: 64bit support
-- ftp.module: lots of rewrite, improvements, speed-ups and fixes.
-- icon.module: native icons support as well as recognize of more FS (same as for diskinfo.module)
-- play.module : improvements , fixes and some logic of usage reworked to be more clever (stop/play now reacts more logical).
-- register.module: we get rid of it as no more registration need it.
-- xadopus.module: are in-build and default with dopus5 now. fixed few original bugs, added password protected archives support
-- about, cleanup, fixicons, join, listerformat, misc, pathformat, print, read, show and themes modules also have heavy clean-up in porting process as well as small fixes there and there.

And of course more. You always can see full changelog for details (included in the release archive).

You may ask: will new release get rid of some old bugs, but bring new bugs ? Pretty possible that yes, dopus5 are beast and work in progress, so you have our bugtracker to report bugs.

In end of all we need to say thanks to:

- Olaf : who deal with GPSoft to get source code and whole community who do donations and lately testing.
- Xenic : who actually start whole porting and fix/rewrite a lot of code
- Itix : because of who morphos version even in current buggy form is possible.
- BSZili : because of who AROS versions is possible, bunch of bugs fixed, done improvements like 64bit support, native icons, better title-bar handling, proper removal of patches, and so on and so on.
- Rigo : who make important fixes in general, improve look of dopus5, added new options, fixed os4 related issues in some parts.
- Mason : for his artwork (icons/toolbar images/etc).
- As well as to Thore, SBA, Jens and others who help with ideas and suggestions.
- And to all others who support, betatest it and still use that uniq piece of amiga software from past. Sorry if i forgot someone.